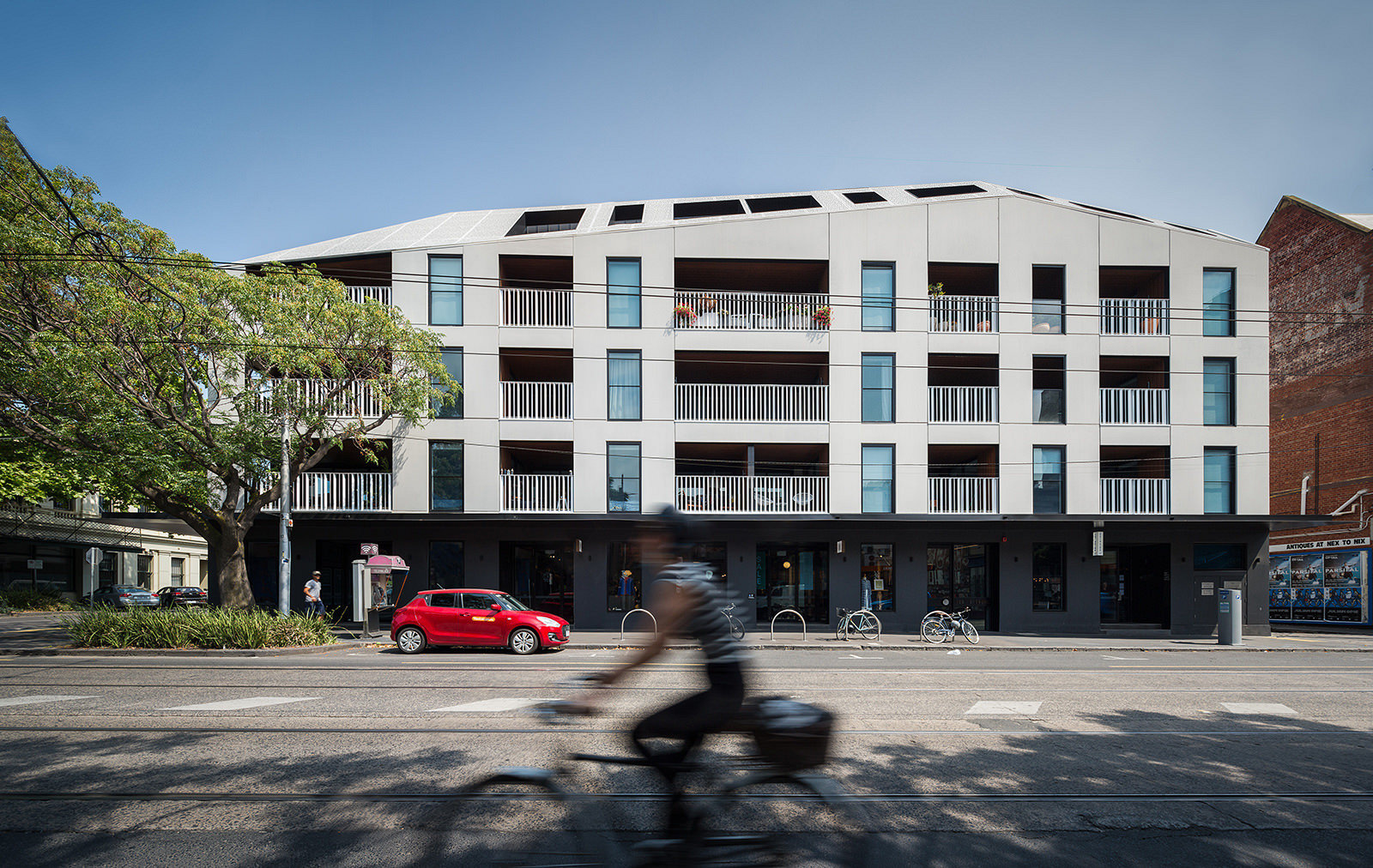 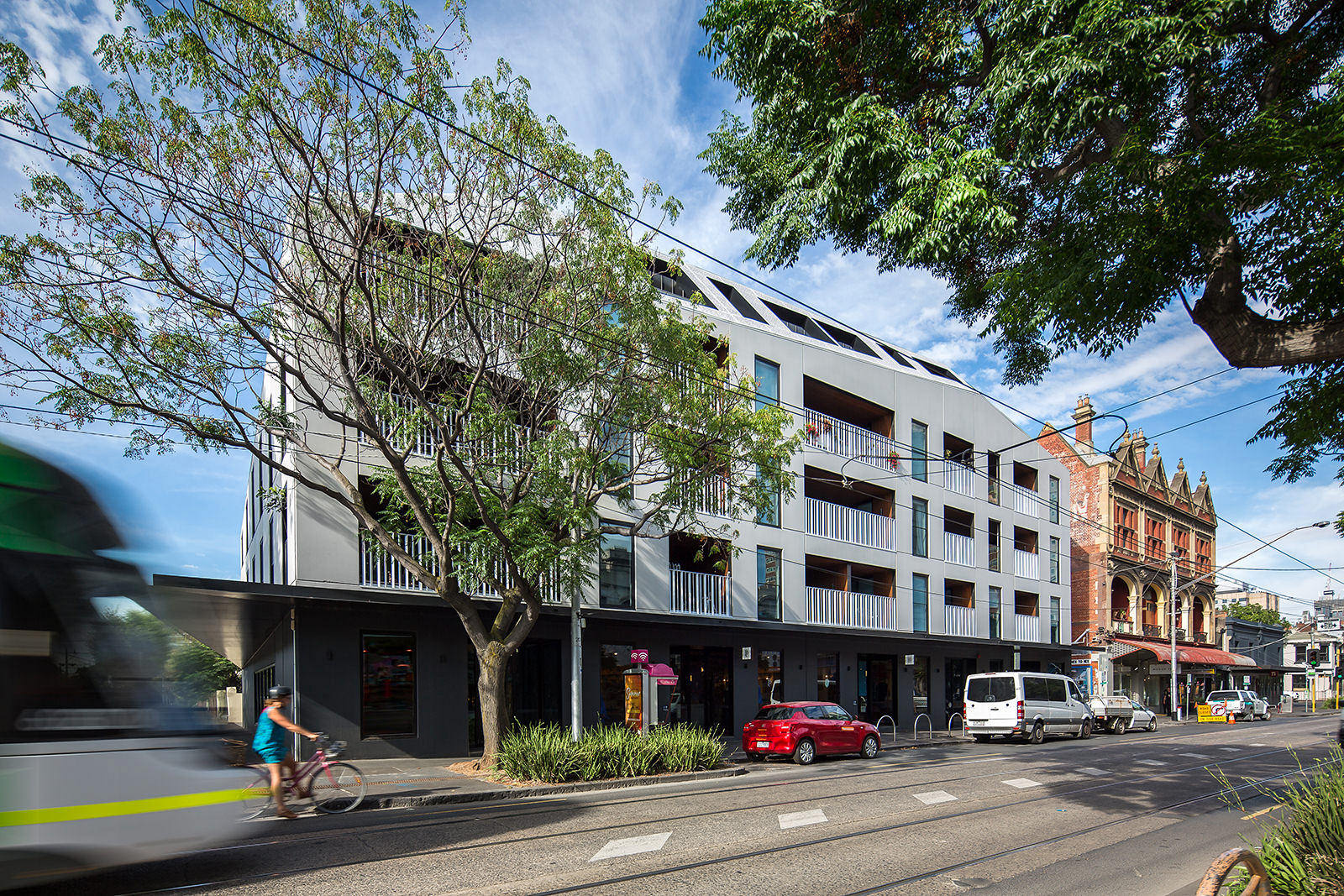 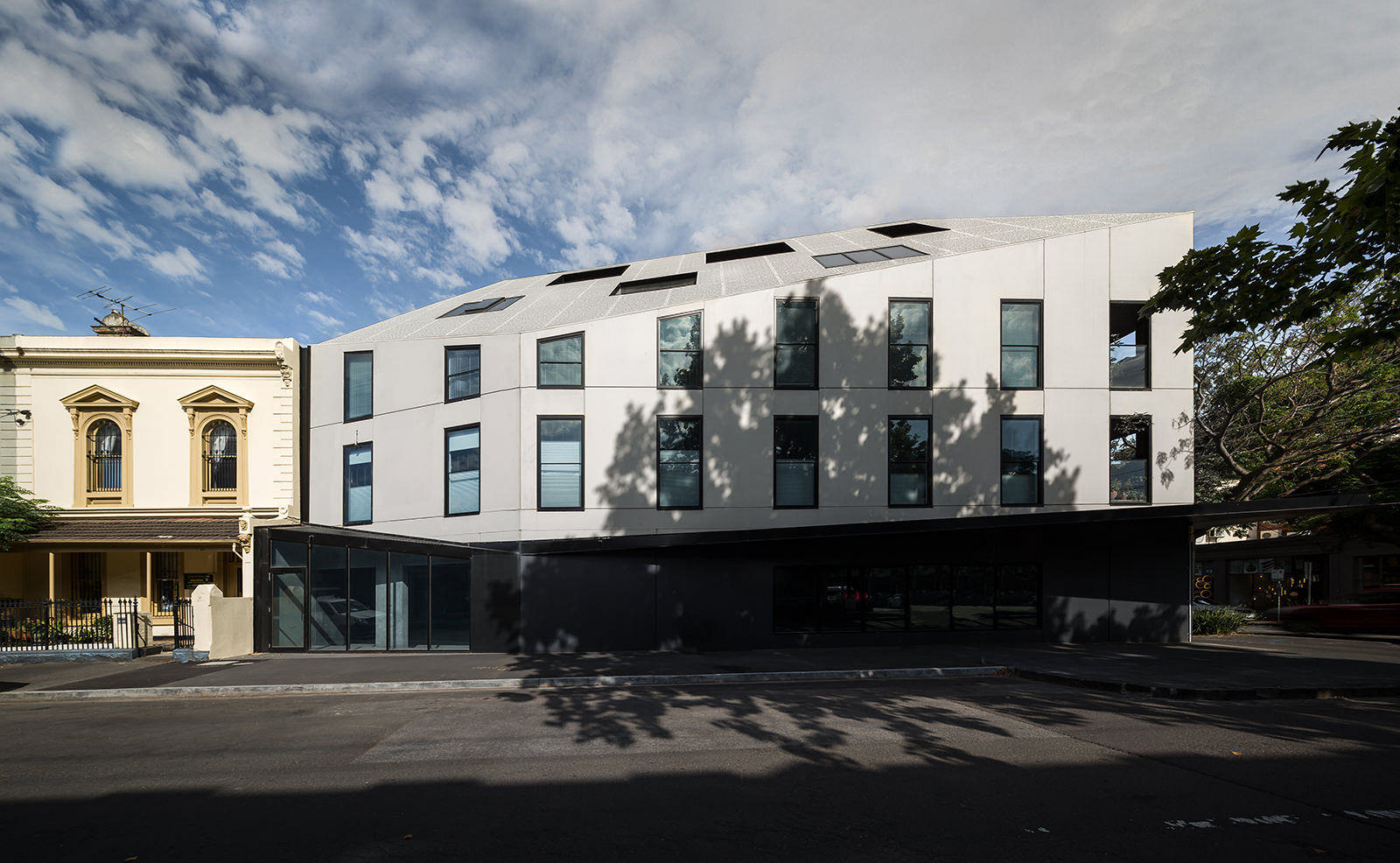 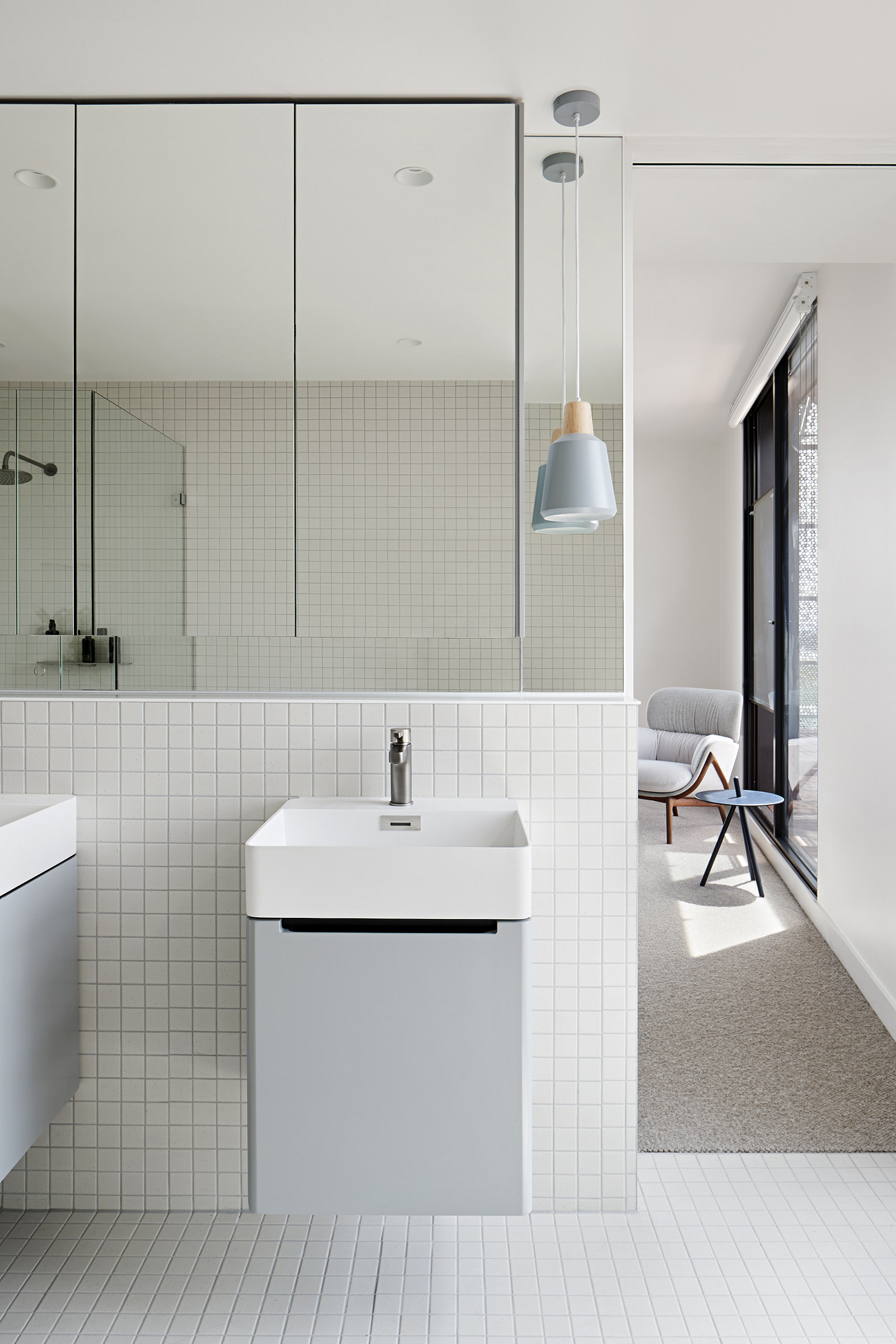 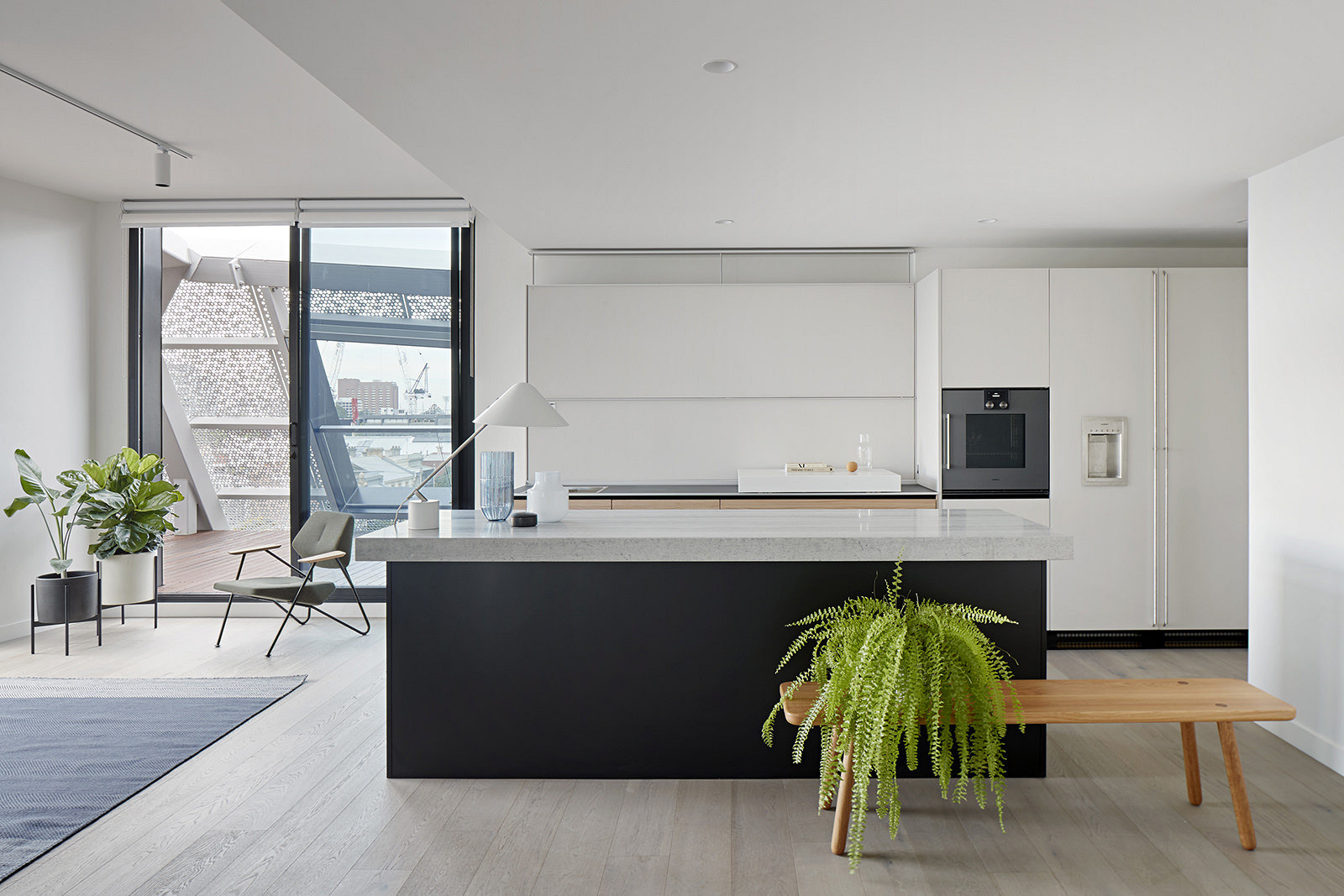 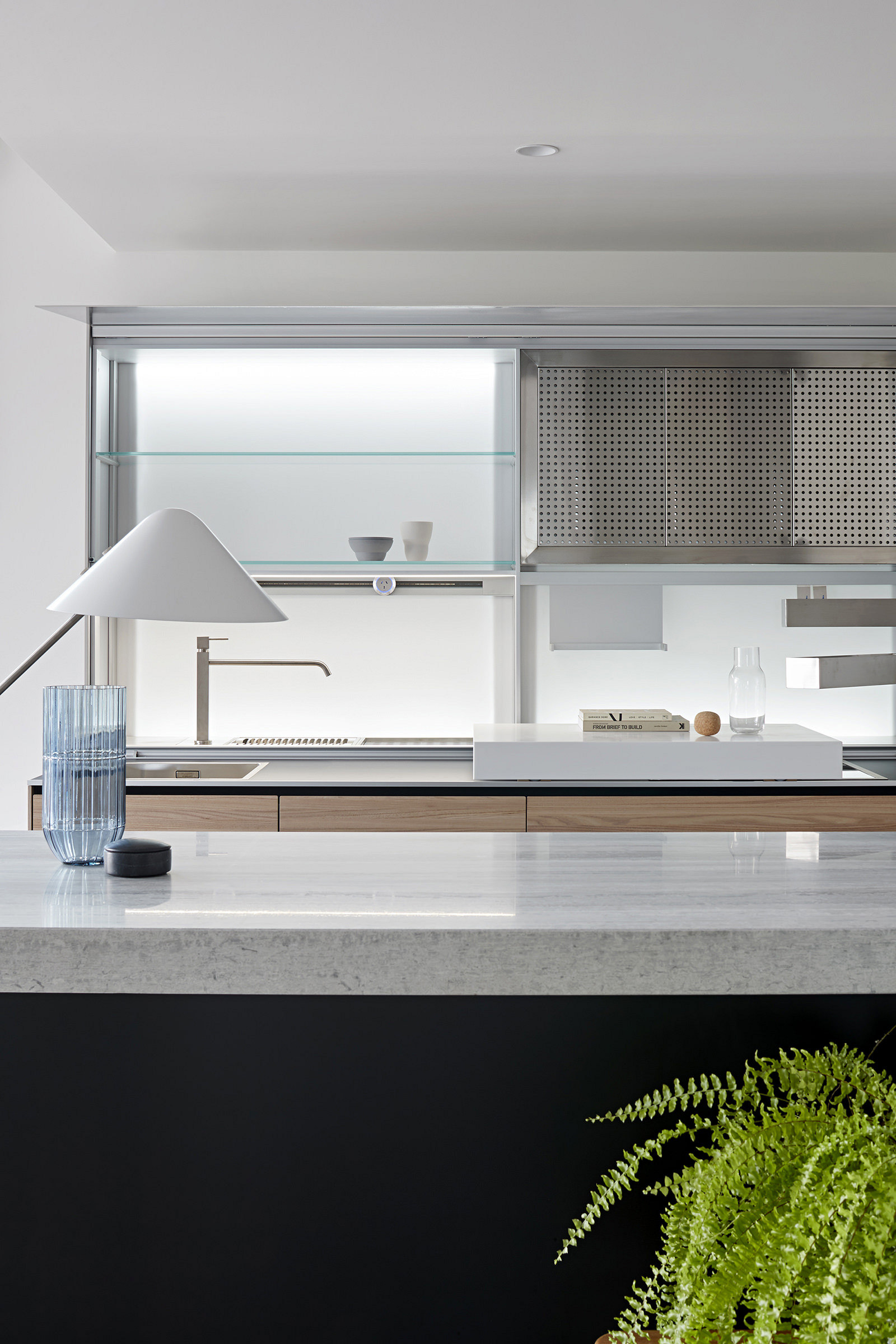 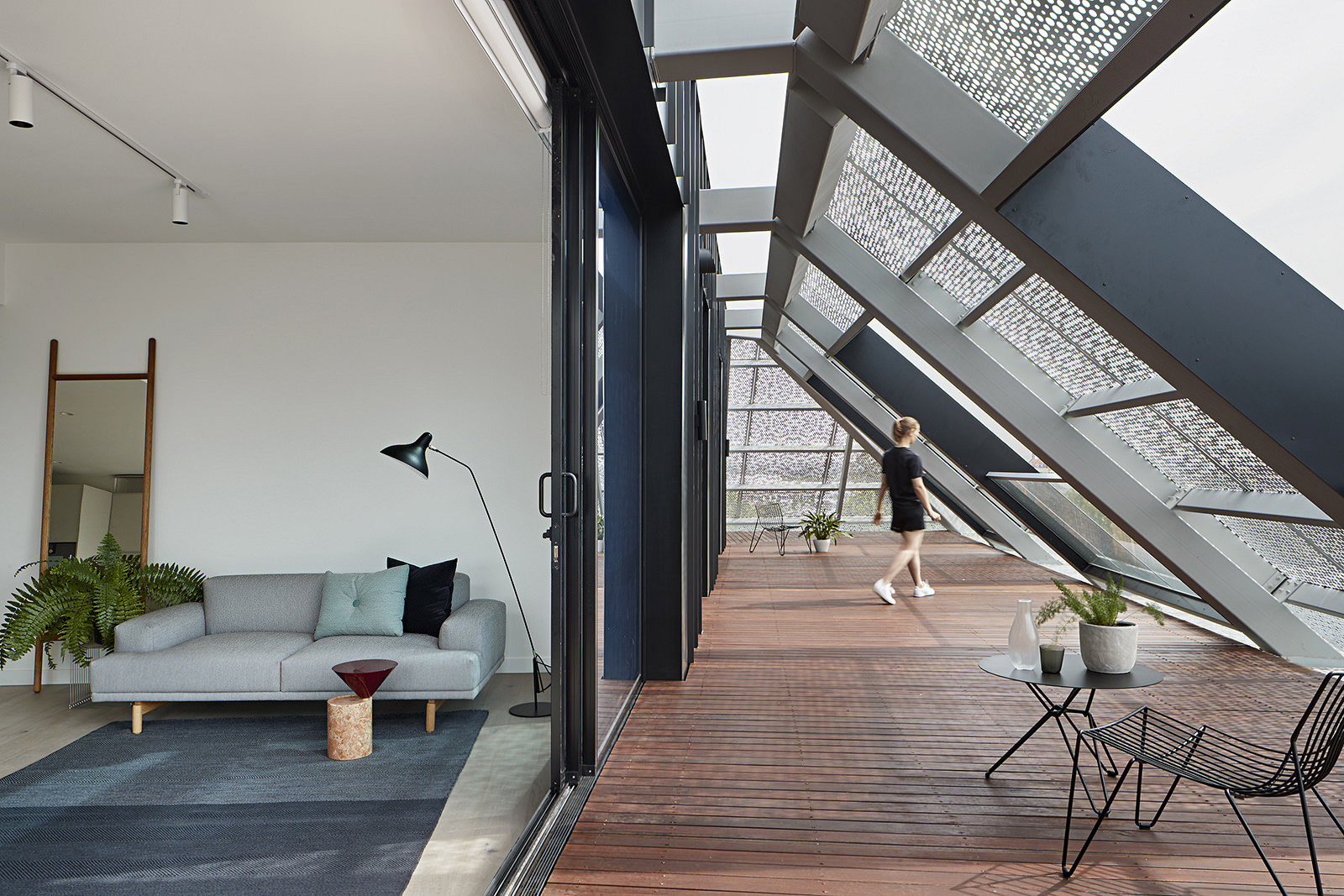 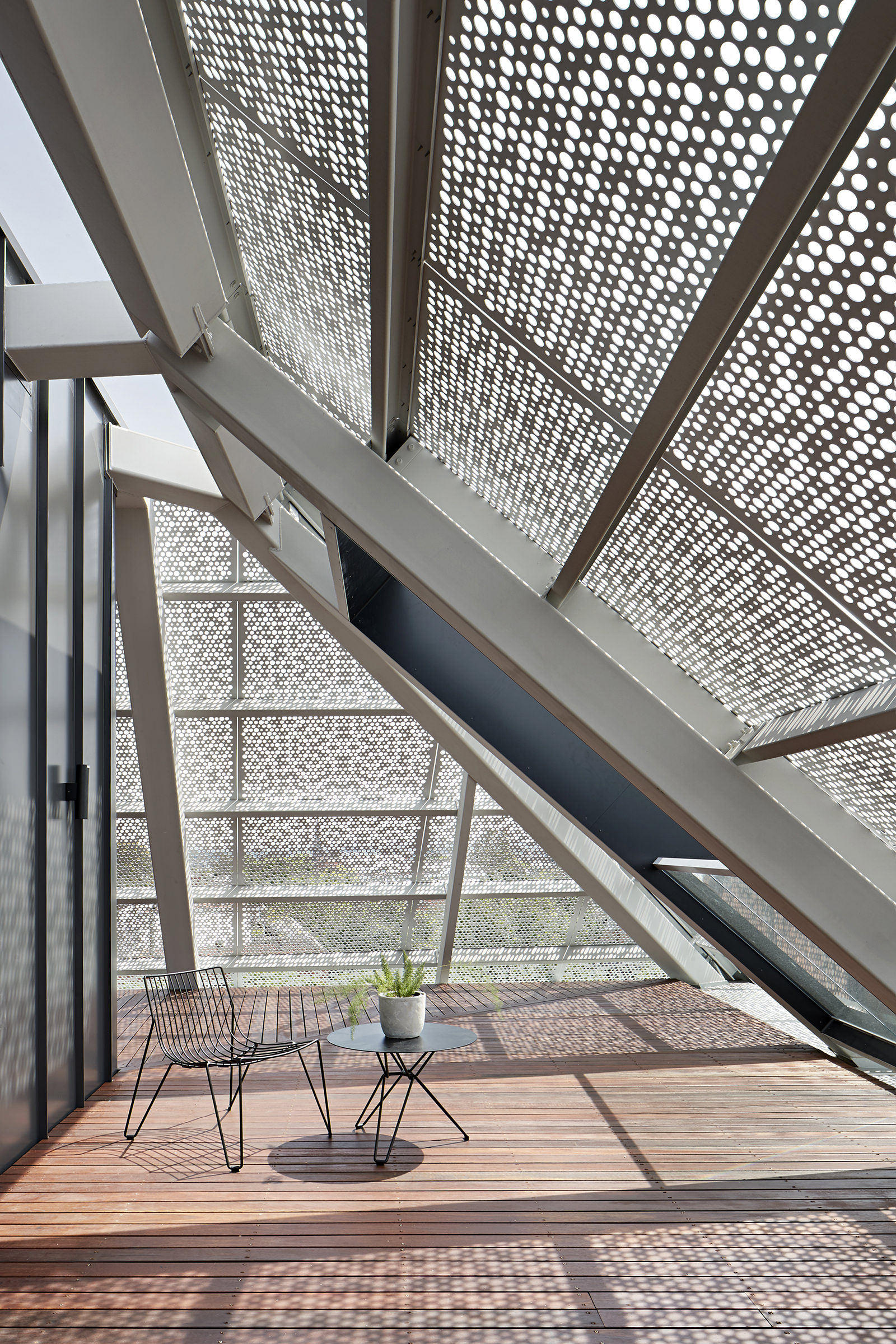 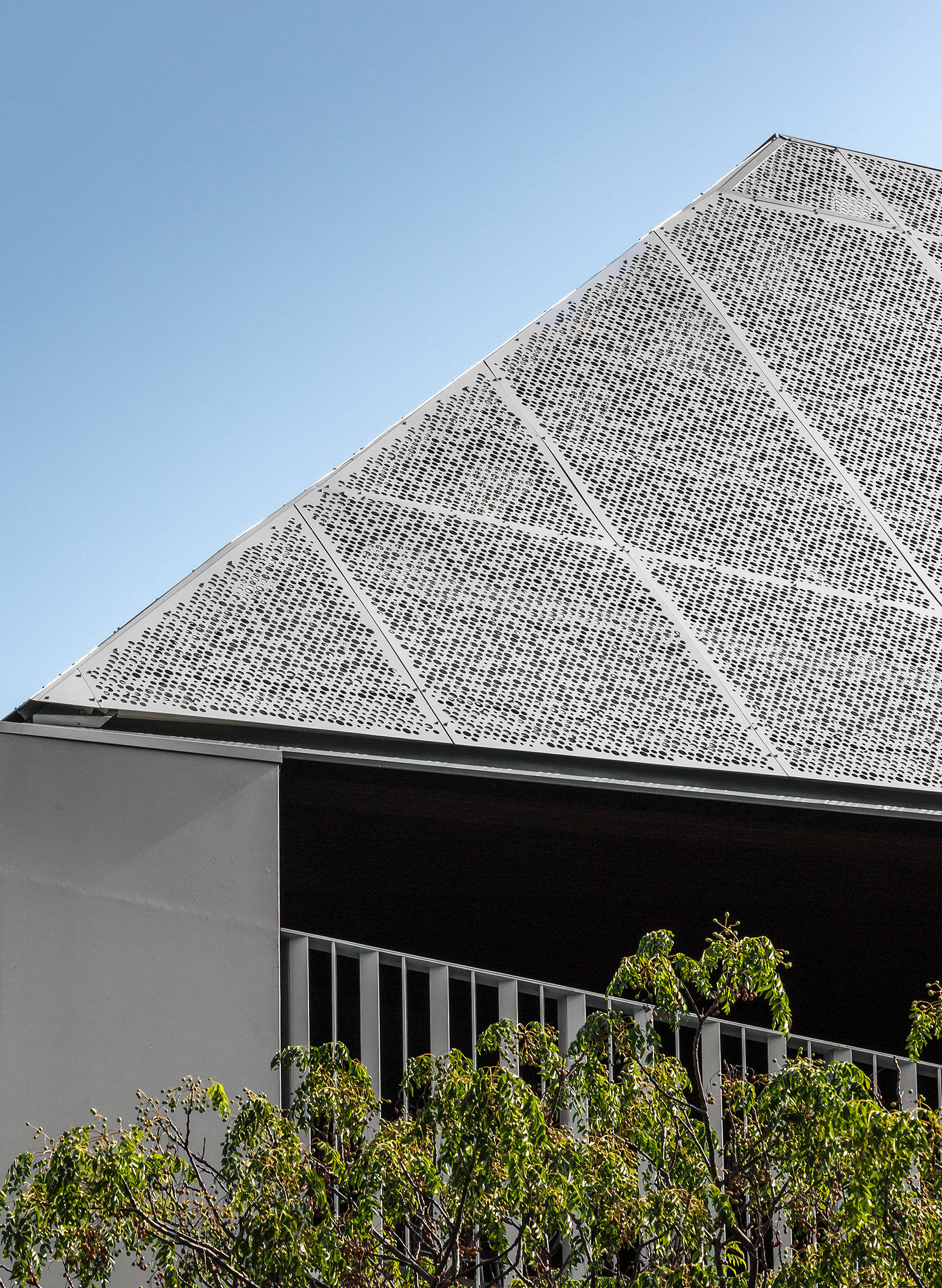 The approach employs carefully considered design principles which allow the building to sit comfortably within its context as well as affording a high level of amenity to its occupants and the surrounding community.

The site is in a desirable location in close proximity to the CBD, transportation, parklands and the diverse cultural and commercial precincts of Fitzroy and Collingwood. The surrounding amenities and the diversification of building typologies in this regenerating precinct indicate that this intelligently conceived form of housing will not be at odds with its environment.

The building's unique composition was conceived through a series of urban design considerations. The first establishes a series of contextual 'fold-lines' that exist between the adjacent buildings along Gertrude, George and Little George Streets. These fold lines define a point from which the building envelope recedes inward to create a new built form which appears sympathetic with the mass and proportions of its surrounds.

The two uppermost residential levels are set back and embedded within this new object. This considered implementation of sculptural massing avoids a conventional 'wedding-cake' apartment typology, presenting a progressive and engaging built form. 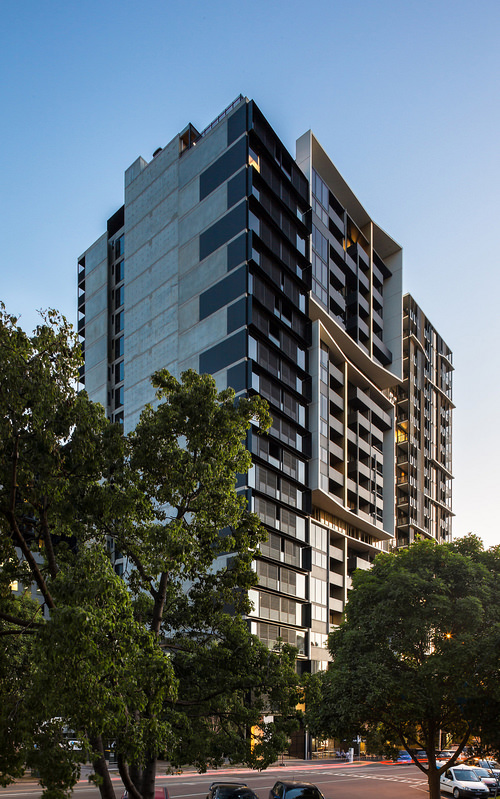 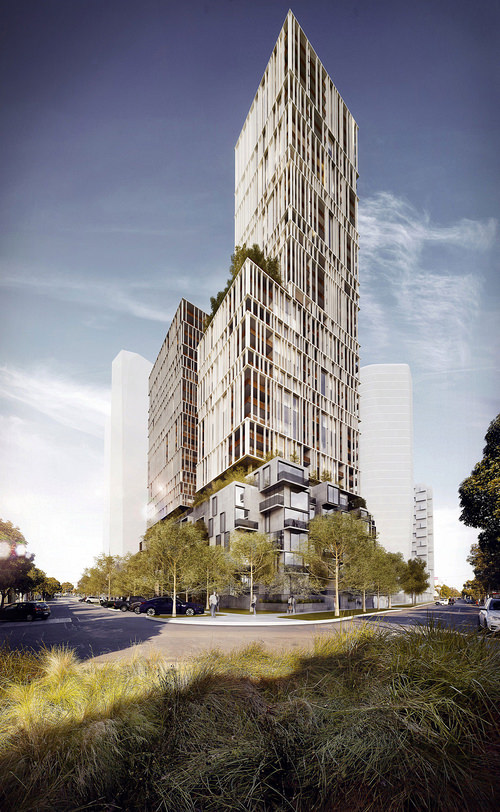 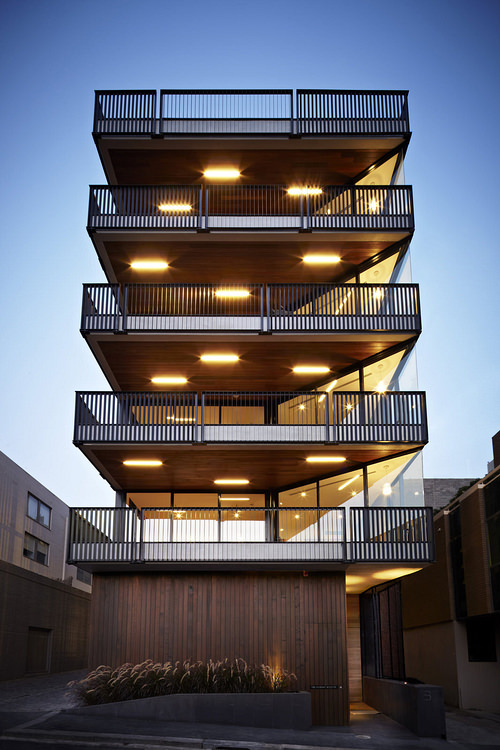 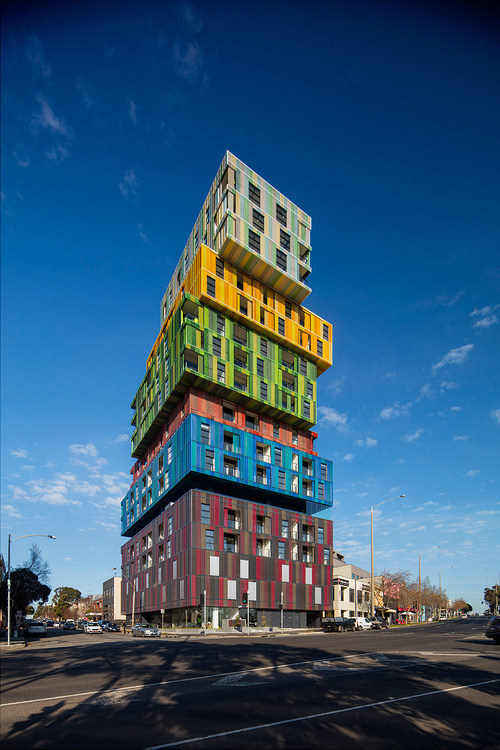 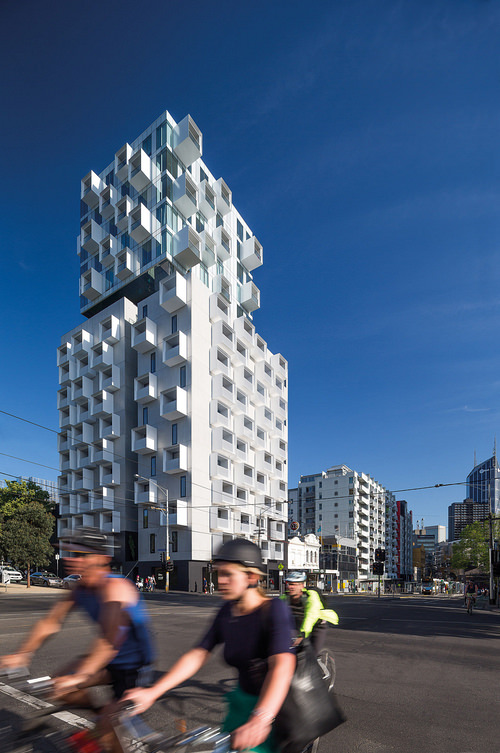