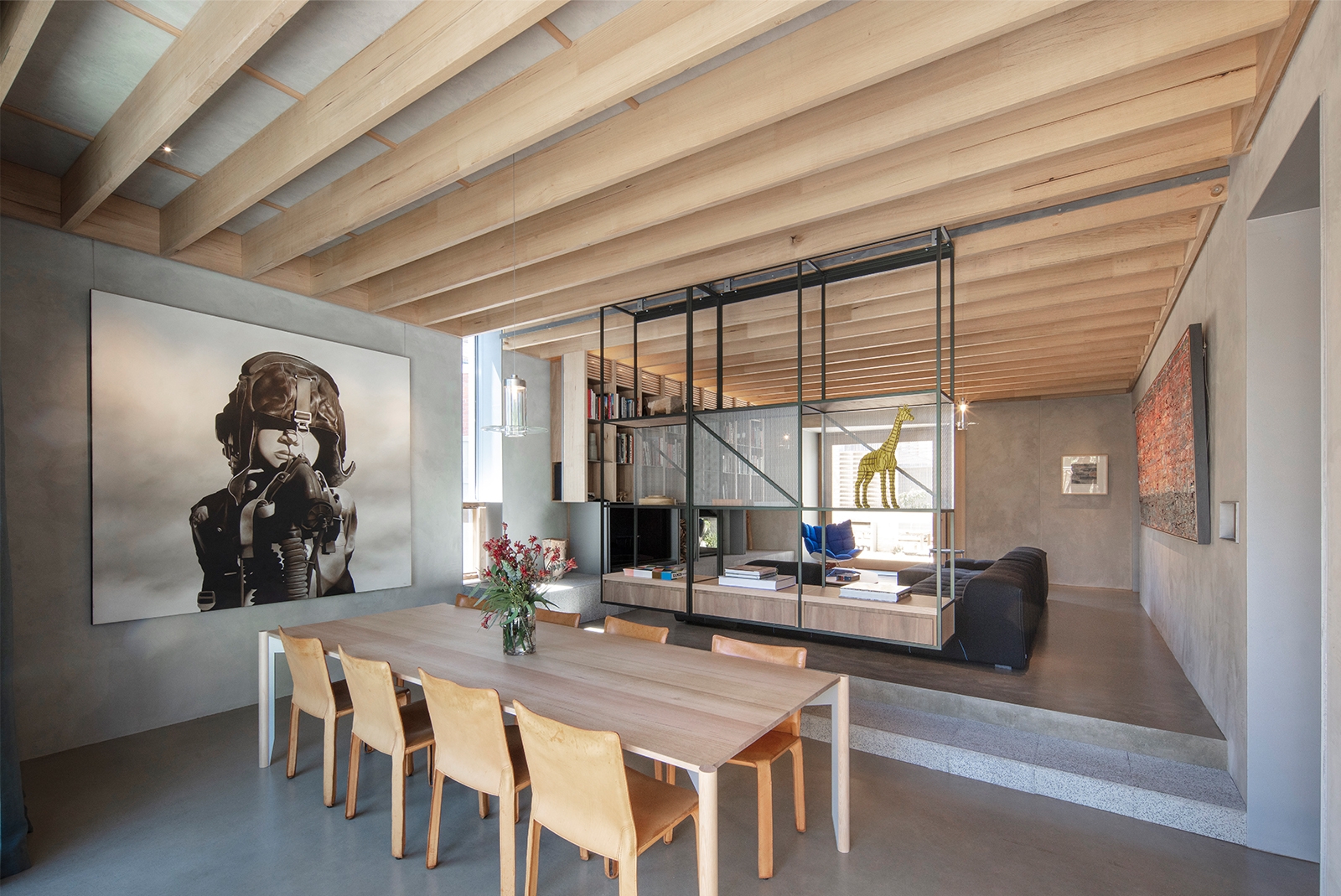 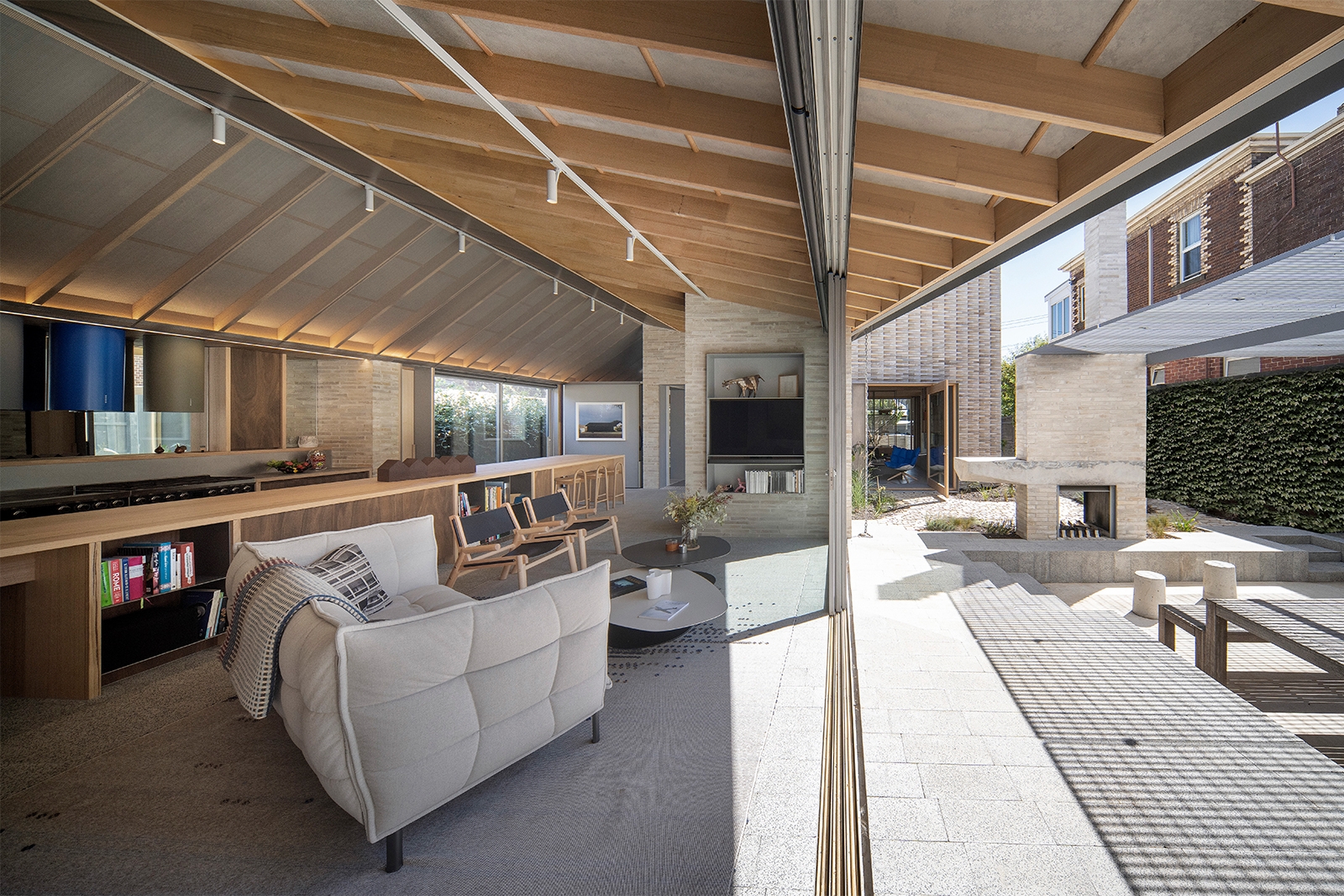 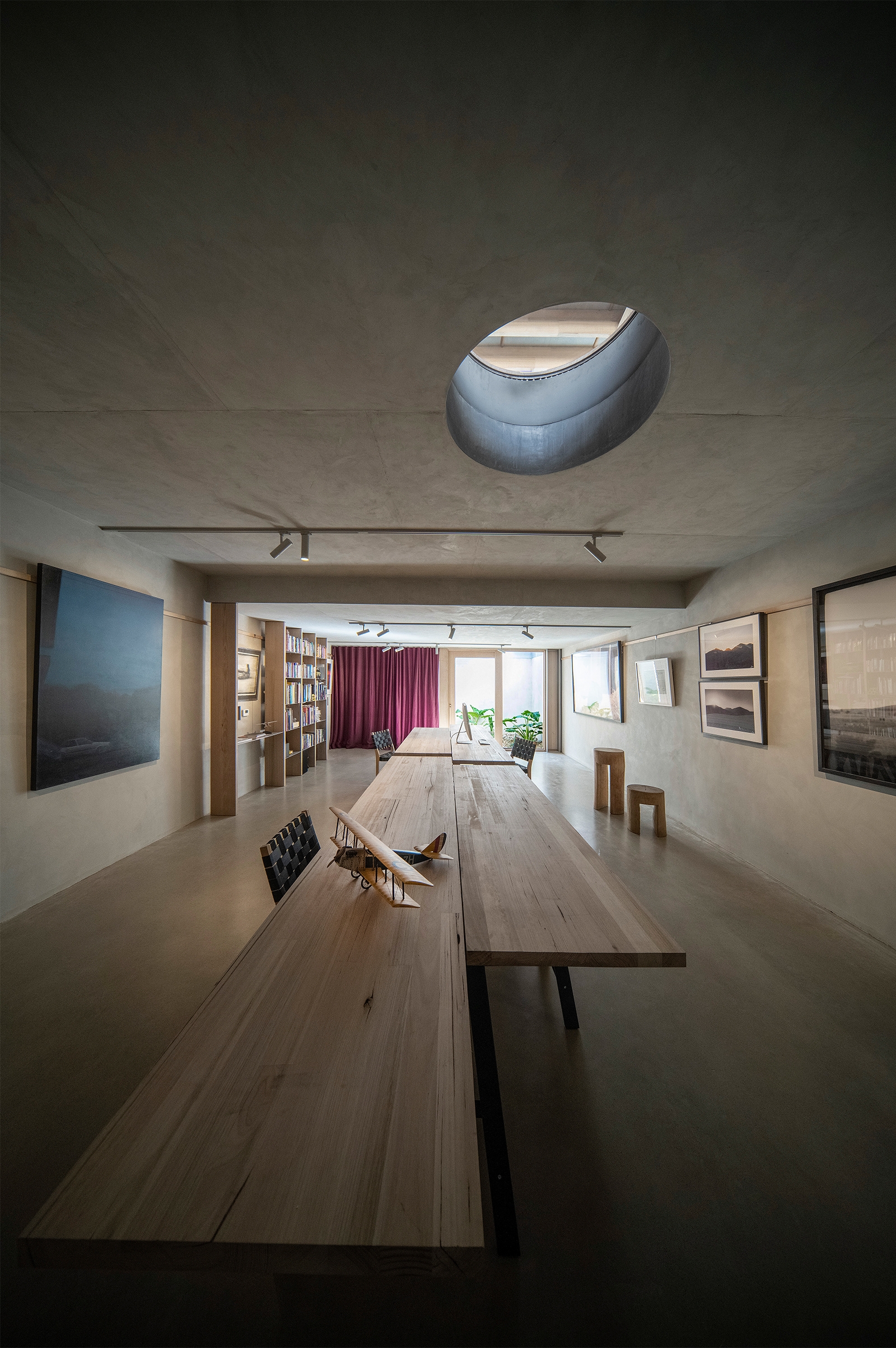 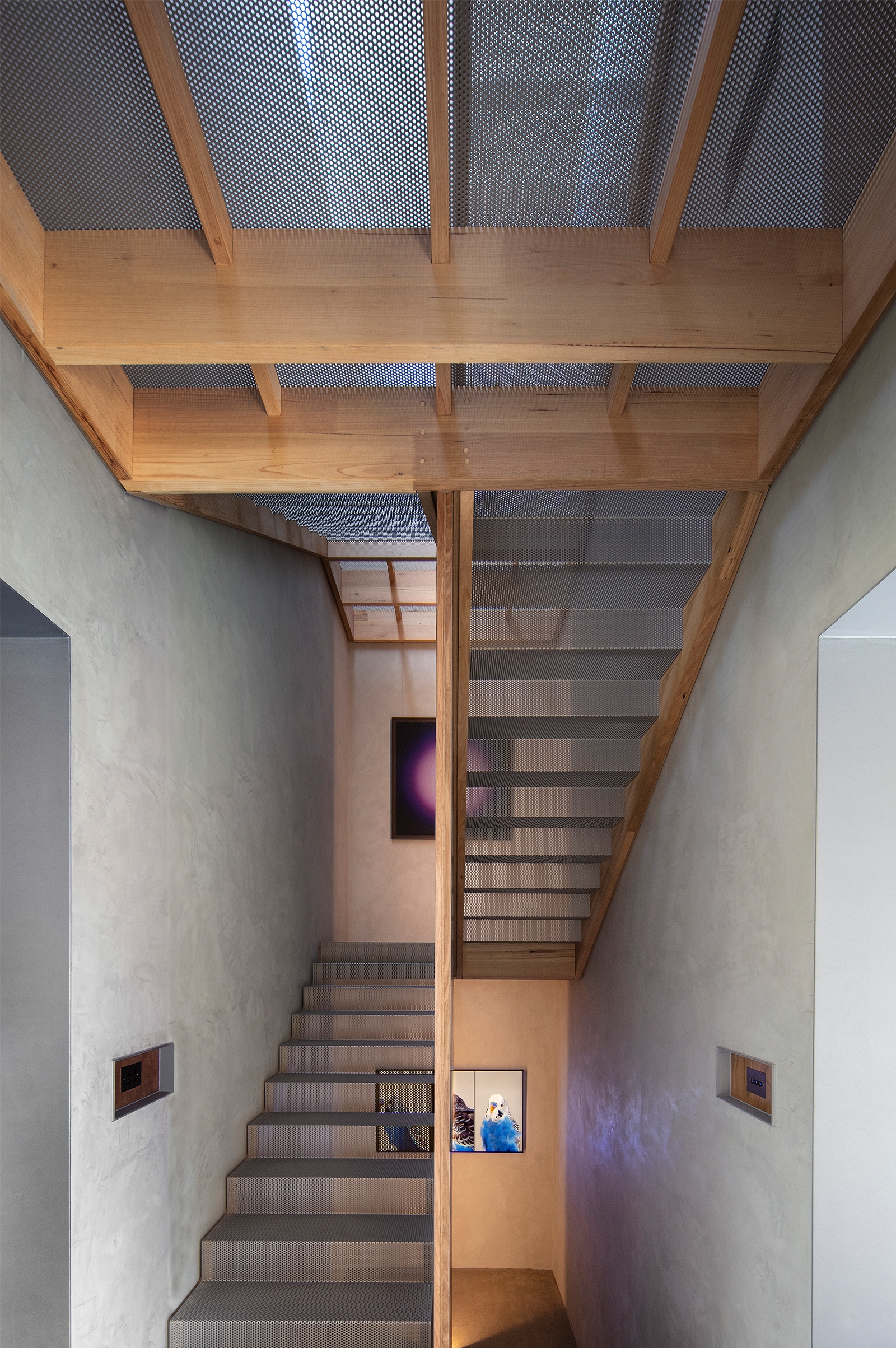 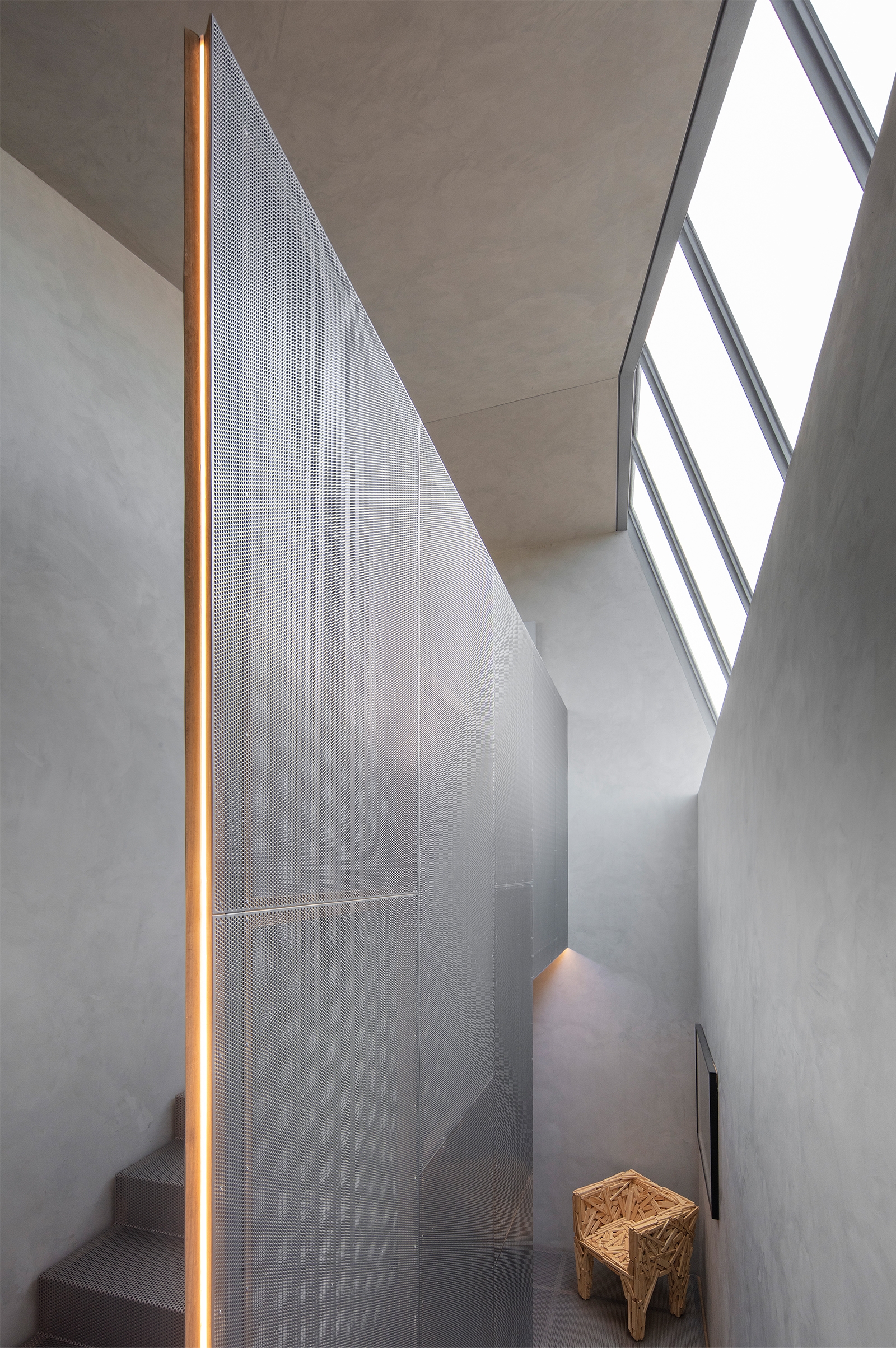 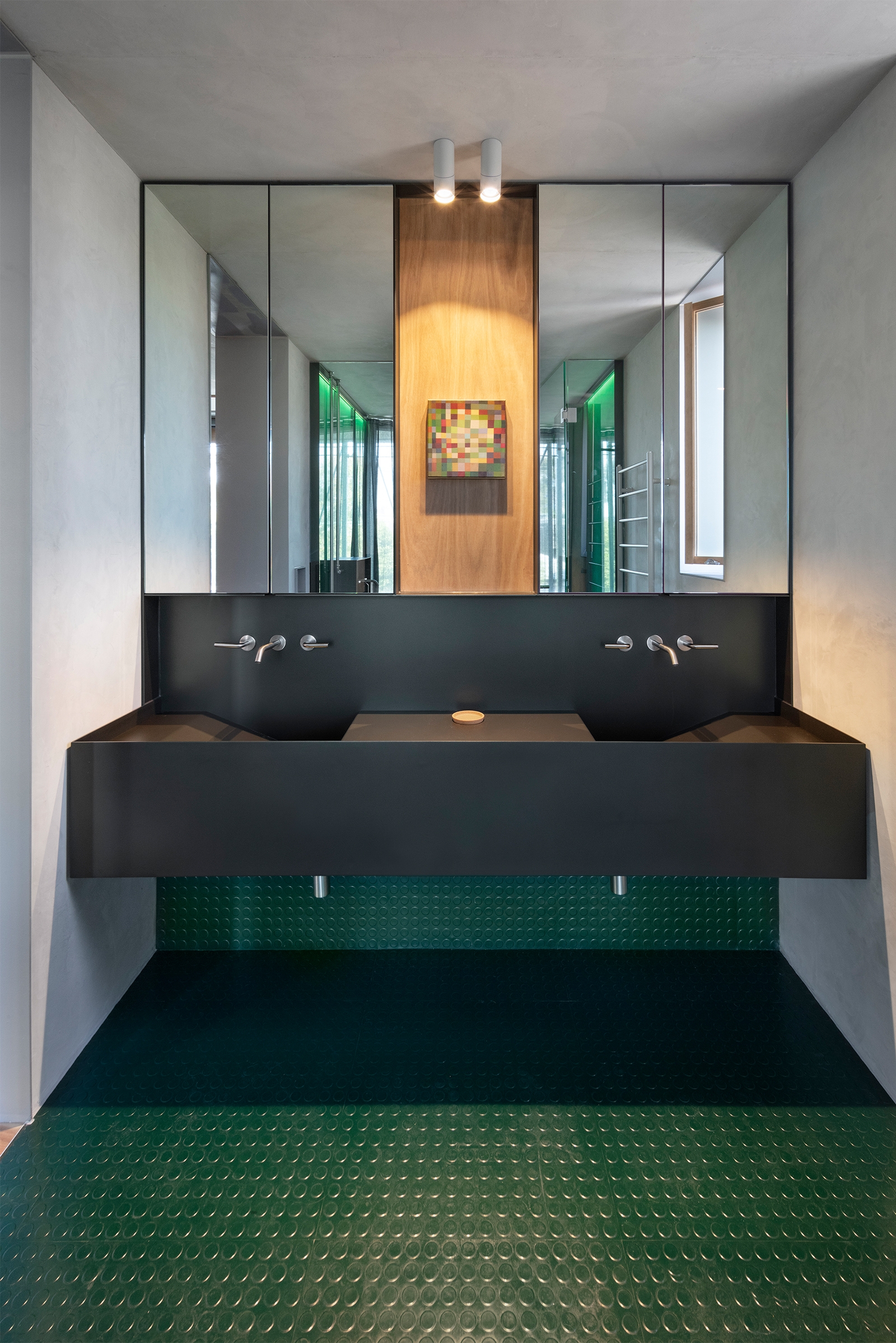 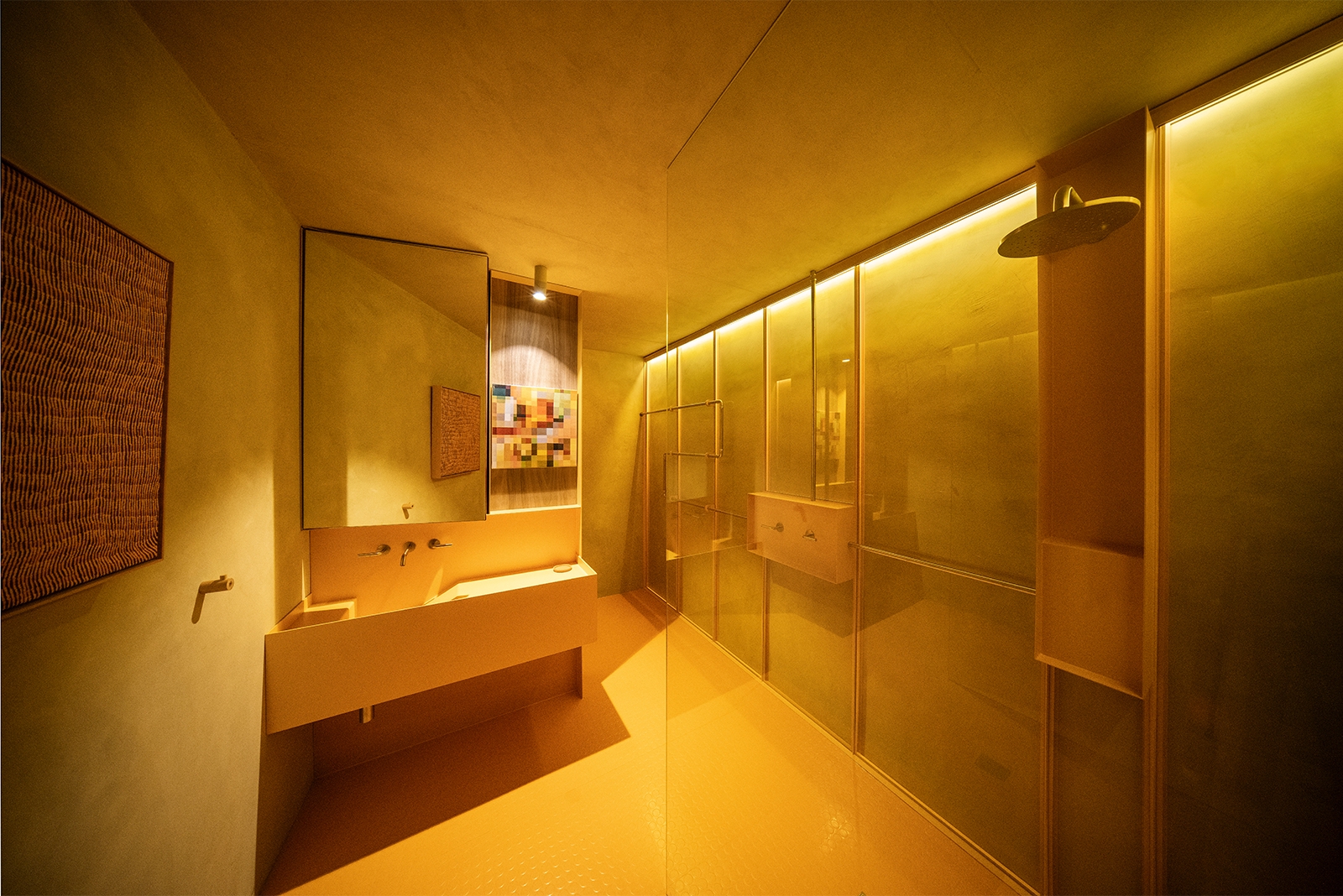 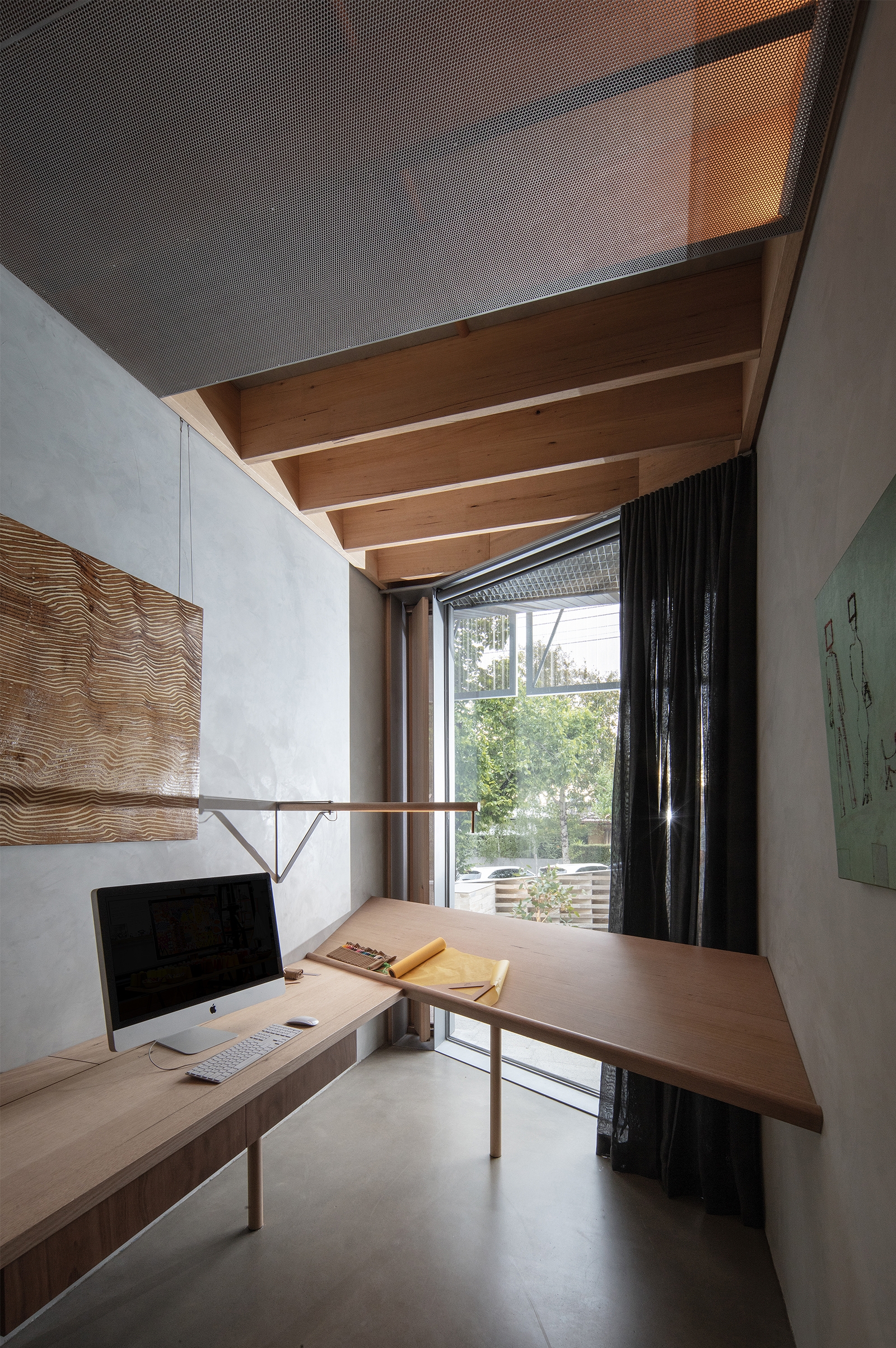 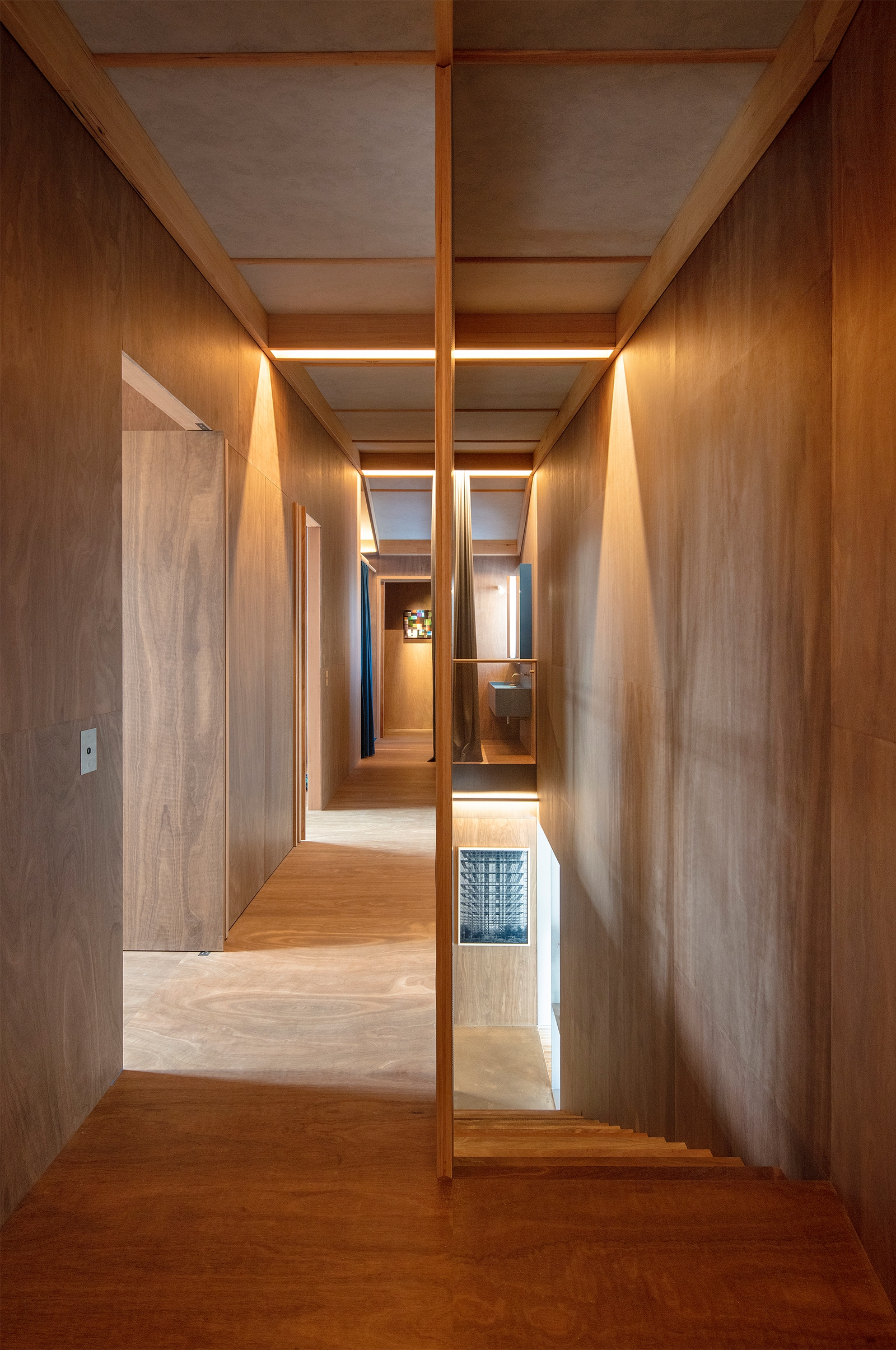 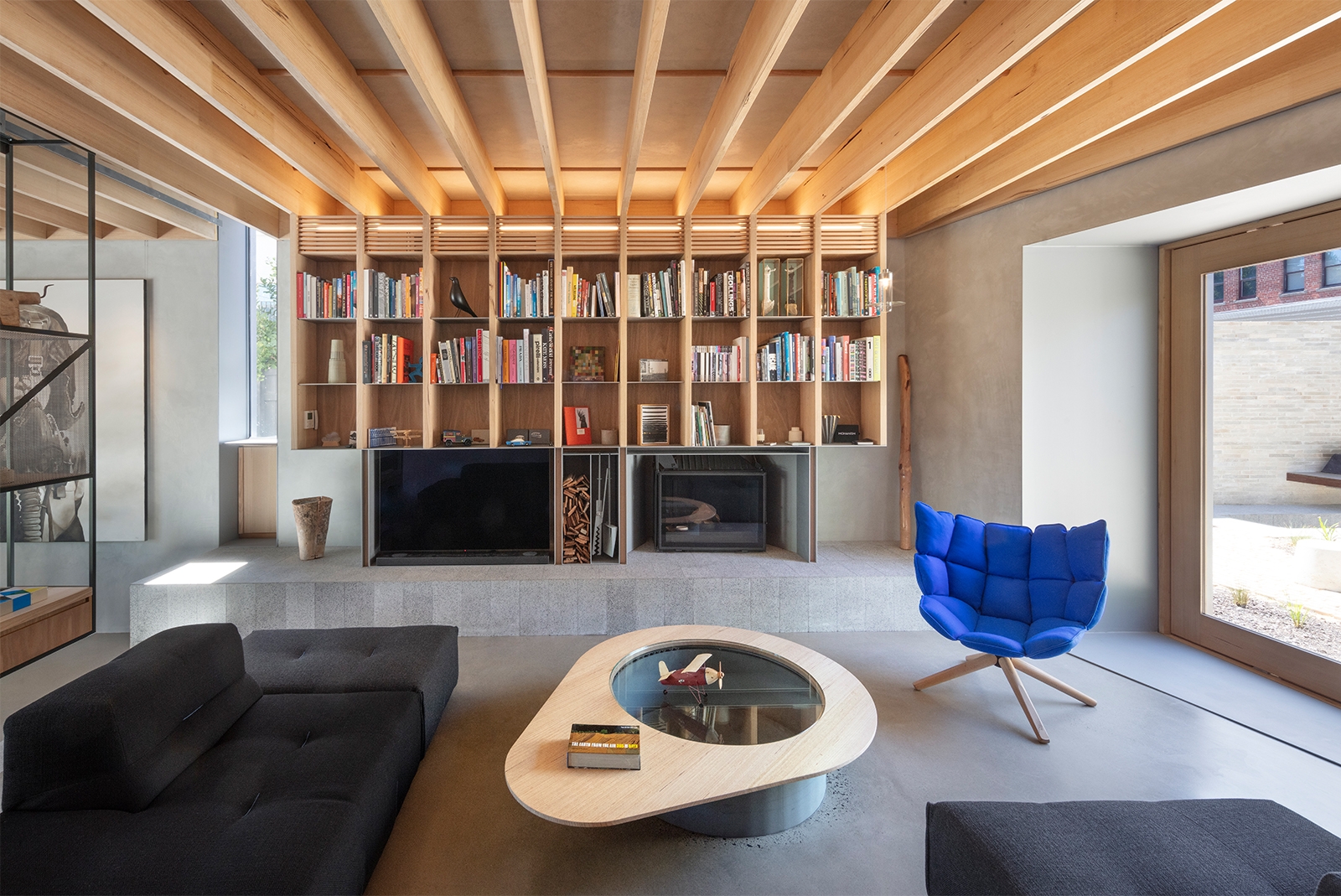 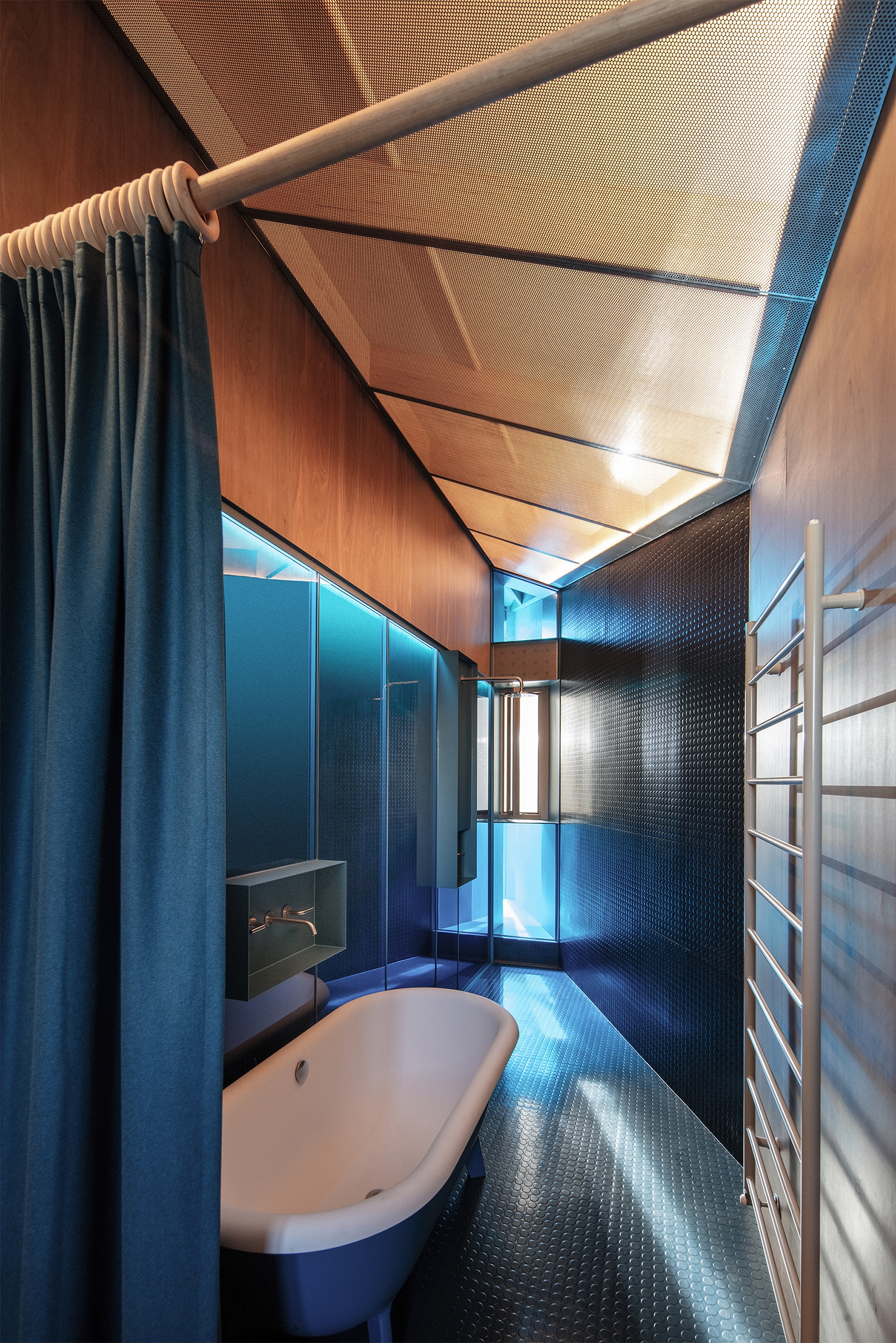 Prior to designing this home, Jon and Elisa Clements were acutely aware of their surroundings, having lived in the street for eight years. Jon was also mindful that as their lives continue to change, the house might need to change as well, and it was planned with a divided program allowing for potential future subdivision into two separate dwellings.

The house is divided into two primary brick building forms placed at the front and rear of the site, responding to differing streetscapes and associated heritage considerations. The two forms are linked by a single storey ‘lean-to’ functioning as the gravitational centre of the home. Embracing the north-facing courtyard and garden, this meeting point accommodates the kitchen and informal living space, both dividing and connecting the two ends of the house. This lower form also provides important solar access to the neighbouring dwelling immediately to the south.

The garden references the continuing history of the site. Indigenous and native plantings acknowledge traditional ownership and the historical landscape of the Birrarung, while Mediterranean and exotic plantings reference post-war immigration to Richmond and the previous owner’s 50-year occupation of the site.

Environmental sustainability initiatives include a strict commitment to locally sourced and Australian made construction materials, on site stormwater harvesting and re-use, as well as a 17kW Photovoltaic Solar system with Tesla Battery Storage.

This project exemplifies the value of genuinely collaborative and continuous design processes which engage the expertise of the builder, secondary consultants and specialist tradespeople as key contributors to the quality of the outcome. 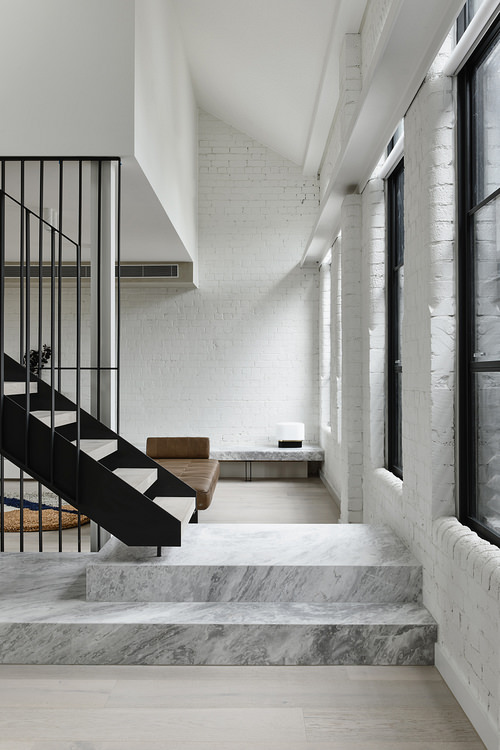 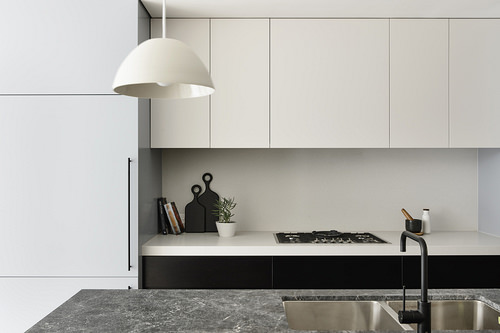 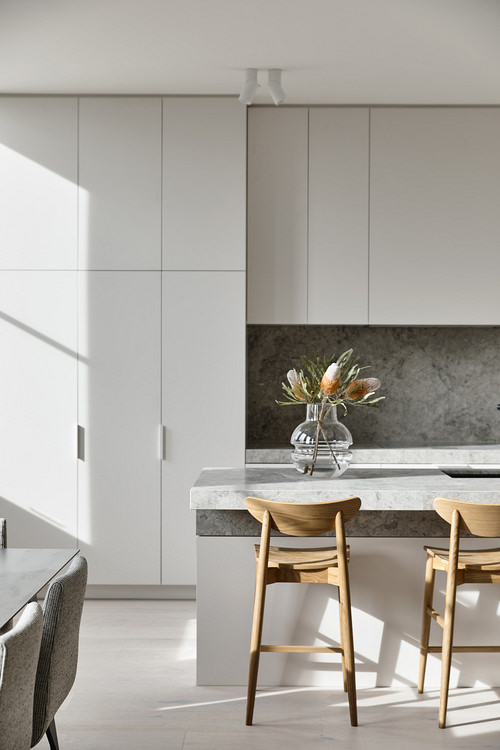 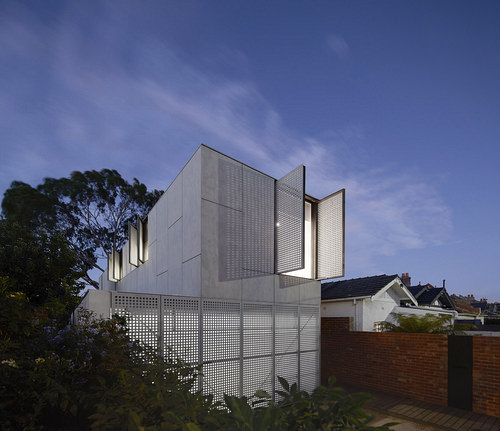 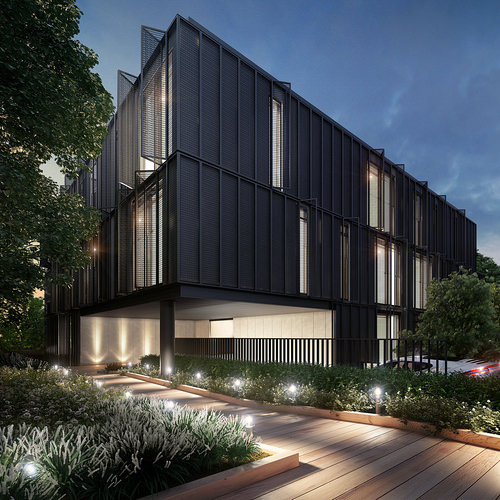 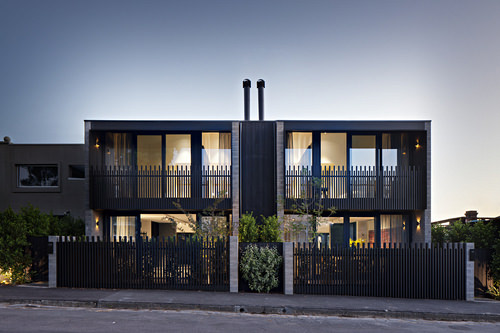 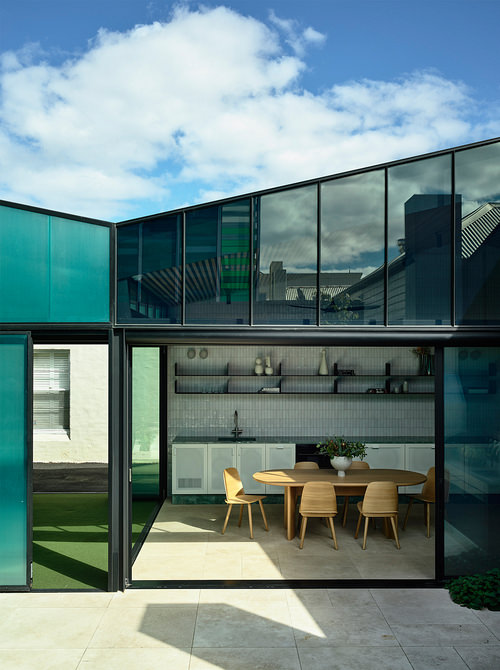 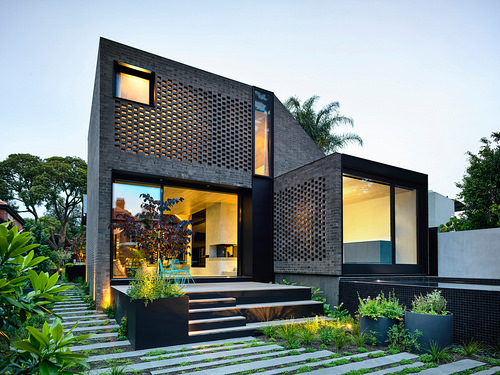